What Kind of Pain Relievers are there? 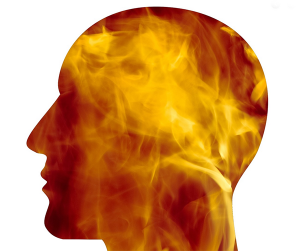 Both acetaminophen and NSAIDs reduce fever and relieve pain caused by muscle aches and stiffness, but only NSAIDs can also reduce inflammation (swelling and irritation). Acetaminophen and NSAIDs also work differently. NSAIDs relieve pain by reducing the production of prostaglandins, which are hormone-like substances that cause pain. Acetaminophen works on the parts of the brain that receive the “pain messages.” NSAIDs are also available in a prescription strength that can be prescribed by your physician.

Using NSAIDs increase the risk of heart attack or stroke and have also been known to cause stomach ulcers and bleeding. They can also cause kidney problems.

Topical pain relievers are also available without a doctor's prescription. These products include creams, lotions, or sprays that are applied to the skin in order to relieve pain from sore muscles and arthritis. Some examples of topical pain relievers include Aspercreme, Ben-Gay, Icy Hot, and Capzasin-P.

Prescription corticosteroids provide relief for inflamed areas of the body by easing swelling, redness, itching and allergic reactions. Corticosteroids can be used to treat allergies, asthma and arthritis. When used to control pain, they are generally given in the form of pills or injections that target a certain joint. Examples include: prednisone, prednisolone, and methylprednisolone.

Prescription corticosteroids are strong medicines and may have serious side effects, including:

To minimize these potential side effects, corticosteroids are prescribed in the lowest dose possible for as short of a length of time as needed to relieve the pain.

Opioids are narcotic pain medications that contain natural, synthetic or semi-synthetic opiates. Opioids are often used for acute pain, such as short-term pain after surgery. Some examples of opioids include:

Opioids are effective for severe pain and do not cause bleeding in the stomach or other parts of the body, as can some other types of pain relievers. It is rare for people to become addicted to opioids if the drugs are used to treat pain for a short period of time. But if used to treat chronic pain, the risk of addiction is real and potentially dangerous.

Side effects of opioids may include:

Antidepressants are drugs that can treat pain and/or emotional conditions by adjusting levels of neurotransmitters (natural chemicals) in the brain. These medications can increase the availability of the body's signals for well-being and relaxation, enabling pain control for some people with chronic pain conditions that do not completely respond to usual treatments. Research suggests antidepressants work best for neuropathic or nerve pain.

Chronic pain conditions treated by low-dose antidepressants include some types of headaches (like migraines) and menstrual pain. Some antidepressant medications include:

These drugs require a steady dose of the medicine buildup in the body over a period of time to work. The doses needed to treat pain are often lower than those needed to treat depression.

Anticonvulsants are drugs typically used to treat seizure disorders. Some of these medications are shown to be effective in treating pain as well. The exact way in which these medicines control pain is unclear but it is thought that they minimize the effects of nerves that cause pain. Some examples include carbamazepine (Tegretol), gabapentin (Neurontin), and pregabalin (Lyrica).

In general, anticonvulsants are well tolerated. The most common side effects include:

Another means of topical pain relief comes in the form of a lidocaine (Lidoderm) patch, which is a prescription medication.

If your pain is not relieved by the usual treatments, your doctor may refer you to a pain management specialist. Doctors who specialize in pain management may try other treatments such as certain types of physical therapy or other kinds of medicine. They may also recommend TENS, a procedure that uses patches placed on the skin to send signals that may help stop pain.Patient-controlled analgesia (PCA) is a method of pain control that allows the patient to control the amount of pain medication administered. This is often used in the hospital to treat pain. By pushing a button on a computerized pump, the patient receives a pre-measured dose of pain medicine. The pump is connected to a small tube that allows medicine to be injected intravenously (into a vein), subcutaneously (just under the skin), or into the spinal area. 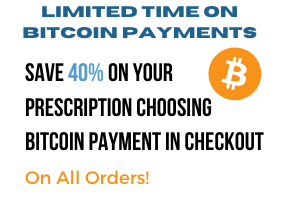