View cart “Cataflam  50 mg, 20 caps” has been added to your cart.
Roll over image to zoom in
Click to open expanded view

Contents hide
1 Mesterolone (Proviron) Pills
1.1 Benefits of Proviron
1.2 Provirone Bodybuilding
1.3 Dosage
1.4 Side Effects
1.4.1 You can buy Proviron here in our online pharmacy safely with a credit card and get 30% off when choosing Bitcoin in the checkout process.

Proviron is a synthetic androgen administered mainly due to its effectiveness in counteracting effects of low testosterone production, including low sex drive and impotence. Besides, it increases muscle firmness and prevents steroid aromatization.

Mesterolone is an anabolic steroid indicated in the treatment of low testosterone, hypogonadism, oligozoospermia, and Leydig cell failure.

Mesterolone is a synthetic anabolic-androgenic steroid (AAS) and derivative of dihydrotestosterone (DHT). It is inactivated by 3α-hydroxysteroid dehydrogenase in skeleta muscles, so it is considered a weak androgen. It is not a substrate for aromatase, so it is not converted into estrogen. Mesterolone demonstrated to have minimal effect on sperm counts and levels of FSH or LH 1,2. Experiments of mesterolone serving as a potential treatment of depression are still undergoing.

Mesterolone is a synthetic, orally effective androgen that does not have any anabolic characteristics. In medicine, they use Mesterolone to ease or cure disturbances caused by a deficiency of male sex hormones. Many athletes believe that using Proviron at the end of a steroid cycle will increase testosterone production. This, however, is not a good idea since Mesterolone has no effect on the body’s own testosterone production but, as mentioned in the beginning, only reduces or eliminates the dysfunctions caused by the testosterone deﬁciency.

In particular, impotence. An androgen deficiency mostly causes this. It can occur after the discontinuance of steroids, and infertility manifests itself in a reduced sperm count and a reduced sperm quality. Mesterolone is therefore taken during a steroid administration or after discontinuing the use of the steroids to eliminate possible impotence or reduced sexual interest. This, however, does not contribute to the maintenance of strength and muscle mass after the treatment. There are other better-suited compounds for this (see HCG, Clomid). For this reason, many consider Mesterolone as an unnecessary compound. This is unfortunate. (Daniel Duchaine Underground Steroid Handbook 2: “I can think of no legitimate use for Mesterolone in enhancing athletic performance.”)

Most, however, do not know the main use of Mesterolone in bodybuilding. You should be aware that Mesterolone is also an estrogen antagonist which prevents the aromatization of steroids. Unlike the anti-estrogen Nolvadex, which only blocks the estrogen receptors (see Nolvadex), Mesterolone already prevents the aromatizing of steroids. Gynecomastia and increased water retention are successfully blocked. Mesterolone strongly suppresses the forming of estrogens, and no rebound effect occurs after discontinuation, as the case with Nolvadex, for example, where an aromatization of the steroids is not prevented. One can say that Mesterolone cures the problem of aromatization at its root, while Nolvadex cures the symptoms. For this reason, male athletes should prefer Proviron to Nolvadex.

Proviron causes an increase in androgen levels, so the athlete obtains more muscle hardness. This, in particular, is noted positively during the preparation for a competition when used in combination with a diet. Female athletes who naturally have a higher estrogen level often supplement their steroid intake with Proviron, resulting in increased muscle hardness.

In the past, it was common for bodybuilders to take a daily dose of one 25 mg tablet over several weeks, sometimes even months, to appear hard all year round. This was especially important for athletes making appearances at guest performances, seminars, and photo sessions. Today athletes take Clenbuterol over the entire year because possible virilization symptoms cannot occur, which is not yet the case with Proviron.

Since Proviron is very effective, male athletes usually need only 50mg/day, which means that the athlete usually takes one 25mg tablet in the morning and another 25mg tablet in the evening. In some cases, one 25 mg tablet per day is sufficient. Combining Proviron with Nolvadex (50 mg Proviron/day and 20 mg Nolvadex/day) will lead to almost complete estrogen suppression.

Side effects in men are low at a dosage of 2-3 tablets/day. Athletes use Proviron with comparatively low risk in combination with other steroids. Even over several weeks. Since the liver tolerates Proviron well, no dysfunction occurs in the given dosages. Athletes who believe ”more is better” could experience a paradoxical effect. The German manufacturer, Jenapharm, writes about its compound Vistimon in the package insert:

”In high-dosage treatments, occasional retention of electrolytes and water, and edemas (accumulation of excessive water in tissues) can occur.”

Those taking less than 2-4 tablets daily do not have to worry about this. The most common side effect of Proviron, or in this case, secondary symptom, is in part a distinct sexual over-stimulation and, in some cases, continuous penis erection. This condition can be painful and lead to possible damage. Lowering the dose or discontinuing the compound are the only sensible solutions.

Female athletes should use Proviron with caution. You cannot exclude the possibility of androgenic side effects. Women who want to give Proviron a try should not take more than one 25 mg tablet per day. Higher dosages and periods of intake of more than four weeks considerably increase the risk of virilization symptoms. Female athletes who have no difficulties with Proviron obtain good results with 25 mg Proviron/day and 20 mg Nolvadex/day.  In combination with a diet, report an accelerated fat breakdown and continuously harder muscles.

You can buy Proviron here in our online pharmacy safely with a credit card and get 30% off when choosing Bitcoin in the checkout process. 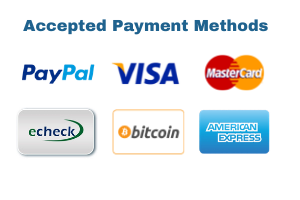