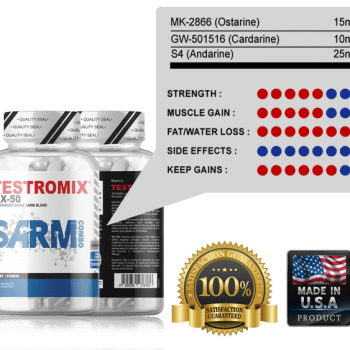 TESTROMIX has three potent SARMs in its formulation, which are detailed below:

GW-501516: is effective for increasing muscular endurance and ensuring long-term performance throughout training. However, the function of GW-501516 is to burn fat quickly without destroying the muscle that has been acquired.

Although Cardarine (GW 501516) showed anti-inflammatory activity, it did not protect against antibody-mediated demyelination. This suggests that the protective effects of PPAR-β agonists observed in vivo can be attributed to their anti-inflammatory properties rather than to a direct protective or trophic effect on oligodendrocytes. [1]

S-4: Also known as Andarine, this SARM improves vascularity, increases strength and endurance, improves joint health, and makes you tougher and leaner in every way. S-4 is another fantastic addition to TESTROMIX.

MK-2866: Ostarine, commonly known as MK-2866, is a selective androgen receptor modulator (SARM) developed by GTx to prevent and cure muscle wasting. It may eventually be used to treat atrophy (complete withering away of a bodily component), cachexia, sarcopenia, and hormone or TRT (Testosterone Replacement Therapy).

Take one dosage (3 capsules) each day before meals or exercise. To test your tolerance, start with 1-2 capsules. Keep an eye out for additional stimulants! 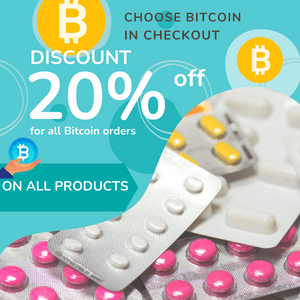